he National Sports Club of India (NSCI) is a sprawling institution right in the centre of the city, overlooking Haji Ali and a beautiful seafront with a posh frontage and lush green turf lawns. NSCI’s long and rich history has always been closely associated with the pre-eminent leaders of a free India. With the foresight required to build a nation that could compete with any other, a great vision was formulated more than just a policy for promoting games and sports in the country, it was about building a community for those that championed the virtues of hard work, fair competition and national pride.

The First Club was set up in New Delhi with the guidance and patronage of Dr. Rajendra Prasad, Pandit Jawaharlal Nehru, Sardar Vallabhbhai Patel and eminent sporting personalities of the time such as Rajkumari Amrit Kaur. NSCI also counts the Maharajas of Patiala, Vizianagaram and Nawanagar, the Nawab of Pataudi, General K. M. Cariappa, G. D. Birla and Naval Tata among the few patrons of the club, with A.S. D’Mello taking his place as Secretary General.

The second club was set up in Mumbai at its present location in 1950. At the time, the club had just a single club house and large velodrome, the Sardar Vallabhbhai Patel stadium. A few years and major expansive planning later, the foundation stone of the present club house complex was laid by Shri Y. B. Chavan, First Chief Minister of Maharashtra, on May 17, 1957. The club began its sporting mission with landmark sporting facilities for Tennis, Badminton and regular bouts of freestyle Wrestling.

It wasn’t till the 1980s that the club began its transformation in earnest. Since then, the club has expanded its purview significantly, counting Cricket, Football, Squash among its shining lights and smaller focused recreational activities around Karate, Skating and many more.

e’ve come a long way from our modest and measured beginnings on the back of a commitment to quality that has never been compromised and a focus that has never wavered. NSCI has always strived to deliver only the best for our esteemed members and it is that vow that has led to the club you see in its current avatar. Today, NSCI is one of the country’s finest institutions in almost every aspect spanning across food and beverage, amenities, conveniences, sports, entertainment and even nightlife!

A case in point, The Sardar Vallabhai Patel Stadium has been renovated regularly since its inception, always improving its infrastructure and facilities in order to extract every last ounce of performance on the sporting front. With a centrally air-conditioned indoor stadium and a seating capacity of 5000, the Stadium is primed to be the epicentre of some of Indian sports’ finest moments.

Aside from that, the club has pushed forward with a surfeit of new initiatives including a brand new health club and spa, banquet rooms of every size and for every occasion, and enough restaurants to satisfy every palette. The newer projects also include a massive parking facility for about 800 cars in the basement. Our sole endeavour is to ensure that you have a fantastic experience irrespective of whether you came to buy groceries, to support your child’s activities, to meet friends, spend quality time with family or even simply to conduct business.

It is our pleasure to serve you, the members, because you are the heart and soul of the club and we are very proud to have the opportunity to do so. 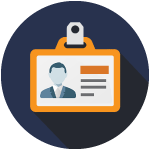 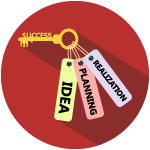 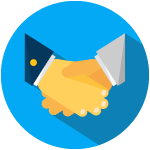 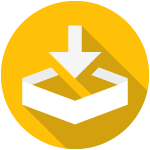